Thought is the fourth currency. It is responsible for producing the fifth currency, words, as explained below.

Thoughts, unsurprisingly, thinks. However, it does not automate your game or anything, but is rather specialised to thinking about words, particularly 1 to 5 character alphabetical words. Sometimes, by pure chance, the thoughts think about a word in the title of the game, Many to do, Less You Have to., which constitutes as a word, the fifth currency. Each thought thinks about 1 string per second.

Worda are the fifth currency. You start with 0 words. You cannot get them by prestiging, when thoughts think about a word in the game title, it gives 1 word, as mentioned above. Each word produces 0.01 existances per second. Thoughts do not produce any cureencies other than words.

When you get enough thoughts and words, you can do yet another prestige. It resets existivity, existances, experienced time, thoughts, and words, but gives a joule of energy.
Currencies
Main article: Currency
Tier 1: Existivity(Existability) · Existance · Experienced time · Thought(Word) · Energy
Tier 2: Explosion point 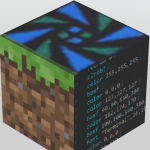